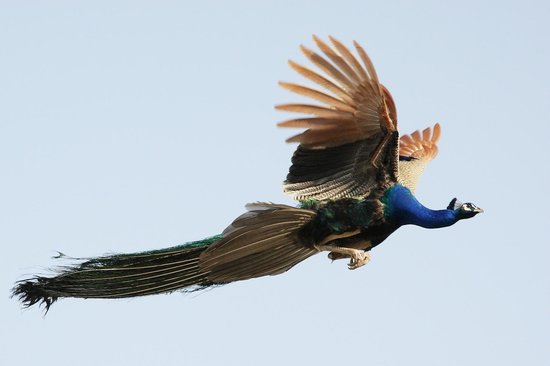 On Saturday the 3rd of June one of our pesky peacocks decided to go on an adventure and took to the sky leaving all his pals at Streamvale behind.

He usually stays around the farm greeting all our visitors. However he decided he wanted to explore and all of us at the farm thought we had lost him.

Later that day we received a phone call from a member of the public saying they had spotted a peacock roaming the streets in Comber town.

We jumped in the car to check it out but he was nowhere to be seen.

Later that evening when we were all heading to bed we heard a loud cry and looked out the window and could not believe he had returned!

He had made his way the whole way home… That’s over 6 miles from where he had last been spotted!

I saw him at 6.05am that Saturday morning along the edge of the comber dual carriage near high street bridge heading Belfast direction. Beautiful bird!

How do I book for this Friday and how much will it cost me.

Hey, no need to book. Check out the prices page for all info! Thanks

This site uses Akismet to reduce spam. Learn how your comment data is processed.